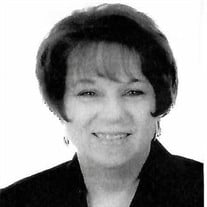 Annette Laster Smith, age 72 of Eatonton, passed away Wednesday evening, October 20, 2021. Born the second of three daughters to her parents, John T. Laster, Jr. and Gloria Mae (Polly) Chapman Laster on June 2, 1949 in Dalton, GA. Annette was raised in the Atlanta area, graduating from South Cobb High School in Austell, then attending Georgia State University. She worked in the Atlanta area until she retired from General Motors in 1999. In 2001, she moved to Lake Sinclair, Eatonton, and began working for Farmers and Merchants Bank, retiring from there in 2015. Prior to retiring, she served as a 5-year member on the Eatonton-Putnam Chamber of Commerce, attending many business openings and other civic events. Also, Annette was a 40+ year member of The Order of the Eastern Star having served on many committees and served twice, once as a session appointee, and once as an Appointed Grand Officer. A passionate member, she served six times as Worthy Matron in four different chapters. She was a member in Gleaner Chapter #347, Conyers, GA and a dual member and Past Worthy Matron at Milledgeville Chapter #272. She loved the order and made many wonderful, loving friends. She also loved being an active member of Crossroads Baptist Church. She served on several committees, but enjoyed her time as a member of the Praise Team and the Choir, and Joy Sunday School class. Her greatest love was loving and doing for her children and family. She greatly loved to entertain them on holidays whenever they could be present, especially Christmas. She is preceded in death by former spouse, Kenneth C. Baker, her parents John T. Laster, Jr. and Gloria Mae (Polly) Chapman Laster, and an older sister Ida Wyleen Thomas. Family left to morn her include her husband of 23 years, Eugene L. Smith, Sr.; sons John R. Rowell and wife Sherrie, William B. Rowell; bonus children Lisa D. Worsley and husband Todd, Lee Smith and wife Kristie, Lyle S. Smith, her grandchildren K. Tyler Rowell, Christina Warren and husband Nick, Madelyn Hewatt, Brodey Smith; great grandchildren Veronica Clements, and Henry Warren. Sister Cheryl Turner and husband Tommy. sister-in-law Ann Taylor and much loved two nephews, three nieces, six great nephews, and two great nieces; as well as numerous aunts, uncles, cousins and friends. There will be a memorial service held Wednesday, October 27, 2021 at Crossroads Baptist Church, 106 S. Wesley Chapel Rd. Eatonton, Ga 31024. The family will receive friends and visitors one hour before the service. Interment will be Family only at Green Meadows in Conyers, Ga. In lieu of flowers, the family requests contributions made to either Crossroads Baptist Church, Youth Missions or to the Order of The Eastern Star, P.O. Box 2436, Kennesaw, GAS 30144 earmarked for the Service Dog Project.. To express condolences and sign the guest book please visit www.williamsfuneral.net Williams Funeral Home of Eatonton has charge of arrangements.

The family of Annette Laster Smith created this Life Tributes page to make it easy to share your memories.