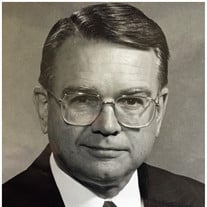 A. Donald Stratton, age 81, of Eatonton, Georgia died on January 24, 2016. He was born in South Amboy, New Jersey and graduated from Harold G. Hoffman High School in 1951, Rutgers University in 1957 and Farleigh Dickenson University in 1963 with a Master of Business Administration degree. While a resident of South Amboy, he was a member of Scout Troup 91, earned Eagle Scout rank and served on the staff at Camp Cowan in northern New Jersey. He was Sunday School Superintendent and Teacher of the First United Methodist Church in South Amboy from 1956 to 1966. He served in the US Army, 25th Infantry & 369th Signal Corps Divisions from 1953 to 1956. Mr. Stratton entered the business world in 1957 as a Staff Trainee at Western Electric in Kearny, New Jersey. He served in various management positions throughout the US until 1988 when he joined StorageTek in Louisville, Colorado as Vice President and Chief Quality Officer. In 1994 he joined Conner Peripherals in San Jose, California as Senior Vice President and Chief Quality Officer. He retired in 1996 when Conner was taken over by Seagate. Mr. Stratton is the author of two books entitled “An Approach to Quality Improvement That Works” and “A Quality Transformation Success Story From StorageTek”. His books, lectures and work were very implementation oriented. His vision was to give those closest to the work and/or problem areas a tool to help improve processes. He is among the first to extend quality improvement to white collar areas. His mentor, Dr. W. Edwards Deming wrote: “Your interest and contribution will do much for American industry.” He didn’t wait for retirement to contribute to his community. In South Amboy, he advised Councilman Jim VanDerveer in the early planning of the Frog Hollow Swim Club. In New Jersey and Georgia, he coached his sons Soccer teams from 1975 to 1985. He was a volunteer member of the Ashford Dunwoody YMCA, President of the Peachtree High School Soccer Booster Club, member of the Ashford Dunwoody YMCA Board and member of the University of Colorado Extension Division Board. He married the former Leah Ruth Fillhower of South Amboy, New Jersey in 1955. They were married for 58 years when Leah predeceased him in 2013. He married Lillian Johnston Butterworth in 2014. In addition to Lillian, he is survived by his sons Todd (JoWren) of Alpharetta, Georgia and Mark of Savannah, Georgia, and his five grandchildren Chase, Addison, Sam, Tanner and Maggie. In lieu of flowers, please send donations to the Leon Goodrum Foundation at http://www.leongoodrumfoundation.com/ or 1176 Ralph David Abernathy Blvd, Atlanta, GA 30310. Phone: (404) 758-4125. Private services will be conducted.

A. Donald Stratton, age 81, of Eatonton, Georgia died on January 24, 2016. He was born in South Amboy, New Jersey and graduated from Harold G. Hoffman High School in 1951, Rutgers University in 1957 and Farleigh Dickenson University in 1963... View Obituary & Service Information

The family of Donald Stratton created this Life Tributes page to make it easy to share your memories.

A. Donald Stratton, age 81, of Eatonton, Georgia died on January...