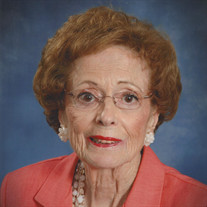 Dorothy “Dot” Willis Holle Stewart Mrs. Dorothy “Dot” Willis Holle Stewart, age 92, passed away Saturday, January 30, 2016. A funeral will be held Tuesday, February 2, 2016 at 11:00 AM in the First Baptist Church of Eatonton. The family will receive friends at Williams Funeral Home Monday, February 1, 2016 from 5:30 PM to 7:30 PM. Mrs. “Dot” was a native of Dublin, Georgia. She was the daughter of the late Paul Willis and the late Georgia Allen Willis. After high school, she attended the Georgia State College for Women in pursuit of a nursing degree. Mrs. “Dot” was a people person! She loved everyone, whether at the Phillips 66 station or at the golf course. And she was loved by those who met her as well. Mrs. Dot was preceded in death by three husbands Howard Hodges, Sr., Norman “Hambone” Holle, Sr., and Royce Stewart, as well as her son Tommy Hodges, her sister Nell Heath and her brother Grady Willis, and Great Grandchild Sawyer Rae Davis. Mrs. “Dot” is survived by her daughters Susan (Russell) Davis of Eatonton, Sheila (Steve) Perry of Eatonton, her sons Norman (Deborah) Holle, Jr. of Eatonton, Wesley Willis of Eatonton, Step Children Stephen Stewart of Milledgeville, Robin Stewart-Turner of Atlanta, sisters Grace Burch and Kate Barfoot both of Dublin, and brother Fred Willis of Florida, as well as 12 Grandchildren, and 18 Great Grandchildren.

The family of Dorothy "Dot" Willis Holle Stewart created this Life Tributes page to make it easy to share your memories.