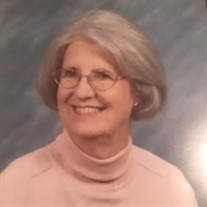 Miss Frances Jane Hearn, age 92, passed away peacefully on Thursday, January 27, 2022, at her home in Eatonton, Georgia. Miss Hearn was born on May 22, 1929, in Eatonton, GA, to the late Henry Branham Hearn, Jr. and Elizabeth Folds Knight Hearn. Along with her parents, Jane was also preceded in death by her sister, Elizabeth “Betty” Hearn Hemenway ; by her brothers, Dr. Henry B. Hearn, III and Dr. Carlton W. Hearn. She was also preceded in death by her nieces, Dorothy Carlisle “Dolly” Hearn and Mary Joyce Hemenway Williams ; and by a nephew, John Martin Hemenway. She graduated from Eatonton High School, attended Wesleyan College and graduated from Georgia State College for Women (GSCW) in Milledgeville, and received her Master’s and Six-Year from the University of Georgia. She was a Teacher for many years, and retiring as a school counselor from Putnam County Schools. She was a member of the Eatonton First United Methodist Church. Miss Hearn is survived by her sister, Joyce H. Gay of Millen, Georgia. She is also survived by her sisters-in-law, Sylvia P Hearn of Anderson, S.C. and Barbara H. Hearn of Washington, GA, a brother -in -law, John Hemenway of Arlington, VA; as well as many nieces and nephews. Also surviving is Wanda Hurt, her special caretaker for many years. Miss Hearn’s funeral will be held in the Historical Sanctuary of the First United Methodist Church in Eatonton, GA on Monday, January 31, 2022 at 11:00 a.m., the Rev Carroll E Gay presiding, with Interment at Eatonton Memorial Park. Pallbearers will be her nephews. The family will receive friends in the Historical Sanctuary at the Eatonton First United Methodist Church on Monday, January 31, 2022 from 10:00 a.m. until the service hour. Memorials in Miss Hearn’s memory can be made to the First United Methodist Church, P.O. Box 3129, Eatonton, Georgia, 31024. Condolences may be expressed online at: www.williamsfuneral.net Williams Funeral Home of Eatonton is in charge of arrangements.

The family of Frances "Jane" Hearn created this Life Tributes page to make it easy to share your memories.