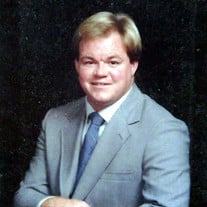 James Philip Lee, 55, passed away March 18, 2018 at his residence in Eatonton, Georgia from natural causes unexpectedly. His memorial service will be held, Saturday, March 24, 2018 @ 1:00 pm at Williams Funeral Home, 306 N. Jefferson Avenue, Eatonton, GA 31024. Visitation will be prior to service 11:00 am – 1:00 pm. Phil was born in Atlanta, Georgia on June 25, 1962. He grew up in South Fulton County and graduated from M. D. Collins High School 1980 and then attended and graduated Georgia Southern College graduating in 1985 with a degree in Civil Engineering Technology. His engineering and construction career has been in many different aspects of construction from land planning, homebuilder, Henry County building inspector and then for the last 20+ years he was involved in the design, building and utilization of 911 Cell Towers & Radio systems nationwide. His job gave him the opportunity to travel and live in at least 10 different states. He loved meeting new people and seeing new places. He had a home in Oklahoma called “Rancho Grande” which he visited several times. When not traveling with work, he lived at Lake Oconee. Phil never met a stranger and had friends everywhere, he truly will be missed by many. A whole generation of kids that have come to the Lake house – knew him as “Uncle Phil”. Phil had many gifts and talents but one of his greatest gifts was the gift of hospitality. He loved to serve and take care of others (i.e. jet skis, smoking BBQ butts, frying Christmas turkeys in the rain, pressure washing houses, etc.) He was preceded in death by his father, James Marion Lee, and his mother, Emma Buck Lee, and is survived by his sister, Marene Lee Martin, and brother-in-law, Clay Martin as well as his niece, Meredith Lee Martin, and nephew, Trey Martin. In lieu of flowers, the family ask that donations be made to: McDonough Road Baptist Church, 352 McDonough Road, Fayetteville, GA 30214.

The family of James Philip Lee created this Life Tributes page to make it easy to share your memories.