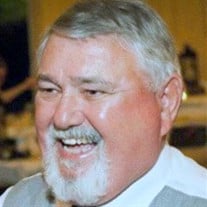 William (Bill) C. Harper, Jr. born August 24, 1946, passed away on October 21, 2017. He was the son of Lucile B. Harper Green, and the late William “Clark” Harper, Sr. He leaves his wife of 41 years, Julie A. Harper, his mother Lucile Green, daughter Lynn (Tony) Grant, sons Clark Harper, and Clyde (Tracy) Harper. Brothers Ralph (Joyce) Harper, and Raymond (Wanda) Harper. His sister, Sue (Cleven) Presley. Grandchildren Will and Walt Harper, Harrison, Hayden, and Rayna Harper. Nieces, nephews, and cousins. Bill graduated from South Georgia Technical and Vocation College in Americus, Georgia in 1969. He was a tool & die maker/machinist for 46 years. He retired in 2015. He was also a volunteer firefighter with the EPFD for 25 years. During this time he became the assistant fire chief at this station. He retired with the department in 2002. He was a member and deacon of the First Baptist Church of Eatonton. He was a family man, spending his time supporting his children and grandchildren. While his boys participated in baseball and football with the recreation department, he coached their teams. When they were in high school he was very active in the booster club. He loved hunting and fishing, and working in his shop at home. He enjoyed spending time with his grandchildren and showing them life, and following them in their activities. He loved “Maggie”, his side companion pet, and took her everywhere he went. Funeral Services will be at First Baptist Church in Eatonton on Wednesday, October 25 @ 10:30. Interment will be at Eatonton Memorial Park. Visitation will be at Williams Funeral Home on the 24th 6:30-8:30.

The family of William "Bill" Clark Harper Jr. created this Life Tributes page to make it easy to share your memories.